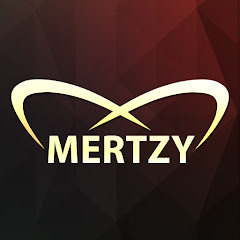 mertzy
Follow on FanHard
Login to earn Karma
I have to say, I'm surprised it went this well..

Today, we go on a little 1v1 adventure around the world.
I have to say, I'm surprised it went this well..

Today, we go on a little 1v1 adventure around the world. Basically, we play in five different regions and see if we can get more than 3 wins under hard circumstances.. which is the high ping! Last season we managed to get 7 wins out of 10 matches and got placed champion 2. This time, I don't want to mess around and get straight back up to champion 3 so we can reach Grand Champion in 1s for the first time shortly after! I'll also be using Scrubs camera settings as they are a lot more close to what everyone else in RLCS uses, so I'm hoping to maybe see some improvements both on the ground with dribbles and in the air with aerials, ceiling shots and air dribbles. See for yourself how this goes! For this video, I wasn't able to include as much editing as I normally do, as it's more of a training and interview type video. Will I be able to score a single goal? After all, Fluump has lost 24-3 to him only recently. Will I flop and fail, or score ceiling shot after ceiling shot and all the 180 and 360 flicks in the world? Imagine if RLCS teams did this at Madrid, that would be pretty wild - and now I want it to happen.. Just think about it, pro players like Squishy, Lethamyr, JZR, Scrubkilla etc. using each others accounts.

Next video will again focus dribbles, fakes and more as well as the beloved fails and funny moments. I tried to shift my focus on ball resets, no flips, triple plays and more of freestyling in general, so if I can, I will be releasing a Funny Moments video next.

I upload Freestyle/Competitive
A Rocket League player who tries to entertain strangers on the internet!

I upload Freestyle/Competitive Montages, Funny Moments Compilations,
Tutorials and Custom Training videos. Have a look around, see if you find something
you like and consider subscribing to this channel to stay up to date!

We offer lots of awesome ways to interact with your favourite
Youtubers/Twitchers or any Gaming Influencers. Here's how it works

Or you can just signup on FANHARD, earn karma and spend it on cool gaming items

Did you know that you can
jump into a private chat
with mertzy?